Two ferry prangs in one week

You might want to file this under, "It can happen to anybody". 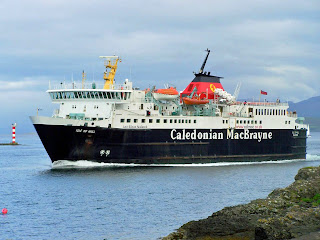 The Caledonian MacBrayne ship Isle of Mull made an extremely hard landing at Oban when it was picked up by a 60 knot gust of wind during her approach.


A CalMac spokesman said: "The MV Isles of Mull came into contact with the pier in Oban as a result of being struck by a 60 knots (70 mph) gust of wind on her approach.

"Her bow visor and the gangway were both damaged as a result. No-one was injured.

"A detailed assessment of the damage will be carried out and once complete we will be able to establish how long repairs are likely to take." 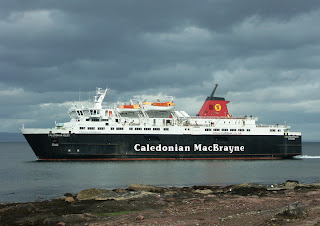 Which topped off a bad week for hard landings at CalMac. Another one of their major ships, Caledonian Isles, had a similar problem on Tuesday evening as she was making the approach to Ardrossan.


A CalMac spokesman said: "As the MV Caledonian Isles was entering Ardrossan Harbour yesterday evening, the weather deteriorated suddenly and a 55mph (force 9) gust of wind blew her onto the Winton pier.

"She was tied up while the Master waited for the wind to drop to allow her to berth, which she did about an hour later, and passengers and vehicles were able to disembark. No-one was injured.

"In the interest of safety the vessel is required to enter dock for inspection and repairs, although damage is not believed to be serious.

Caledonian MacBrayne is a Scottish state-owned ferry company and it is not without its own share of problems.
at 06:34